AI and Social Good in the UK Buckinghamshire is a peaceful county adjoining Greater London. A calm and serene place away from the hustle-bustle of London, it is now emerging as a hub of innovation in the United Kingdom (UK). With the opening of the UK’s first Institute for Ethical AI in Education (IEAIED), the emphasis on AI has greatly increased. AI has the potential to transform and the students at the University of Buckinghamshire have internalized this fact. AI is the future and they have successfully embraced the future. Therefore, AI is the next generation disruptor that can be a potential catalyst for bringing about constructive change in society. This article will attempt to skillfully look at the potential role that AI can play in transforming society in the UK. Interestingly, I argue that research and innovation in AI in the UK are taking place in every possible format and across diverse spectrums and this diversification in the field of AI is likely to be the UK’s strength in the future. The UK has an obvious penchant for innovation and its interest in AI exemplifies this fact.

Having knowledge of AI provides a competitive advantage to the UK and the manufacturers, retailers, professors, doctors, technologists, and government officials in the state are well aware of this fact. AI is all-pervasive and the UK wishes to utilize AI in all sectors of the economy. As pointed out by Mike Hughes, AI for starters can boost productivity in the UK by 20% – a fairly big number for a state that primarily specializes in smaller and medium scale manufacturing. Similarly, the level of productivity in the UK is expected to grow by almost 30% according to another report published by Pricewaterhouse Coopers (PwC). The Raconteur reports that the UK Secretary of State for Business, Energy and Industrial Strategy, Mr Greg Clark is geared up to make AI an integral part of the life of the average Britisher. He hopes to invest £232 billion in AI for the larger good of the British economy by 2030. The UK it must be recalled is not new to AI with DeepMind, a UK based AI startup being acquired by Google back in 2014. It has now spread its wings and is based out of Edmonton and Montreal in Canada. It has also established a DeepMind Applied Team in Mountain View, California in the United States.

Coming back to the field of education, the Alan Turing Institute has come up with its own flagship program on AI. The research program launched by the institute is world-class and takes into account the needs of all sections of society taking into account the implications of AI in different fields. All social scientists, ethicists, legal luminaries, industry experts and policymakers will have a major role to play in understanding the critical role AI will play in this century. The institute recently hosted a lecture that discussed the implications of AI on health. Notable expert Stephen Friend proposed in this lecture that smartphones and wearable technology could be used to cure chronic conditions like Parkinson’s, diabetes, arthritis and dementia. In fact, “when augmented by an AI approach, this data could enable the forecasting of symptom changes for individuals and offer health guidance that rests on empowerment. This approach is well suited to the care of those with chronic conditions in the UK, and in very low resource areas worldwide.” Similarly, the Royal Society has pioneered research in the field of AI and come out with its own findings on how AI could be the leading change-maker in the future. Innovate UK as part of the UK Research and Innovation (UKRI) is funding scientific development projects in the UK at a steady pace. For example, the Porterbrook Leasing Company has received funding of £348,768 recently as winners of a competition led by Innovate UK.

The UK is a leading authority in the healthcare sector with transformative innovation taking place at every nook and corner. For example, Hoobox Robotics has launched a wheelchair that can be controlled with facial expressions. Transport UK is helping differently-abled people by creating an application that will track them efficiently while they travel on trains. This app interestingly is already being tried by the London Northwestern Railway, Greater Anglia, and Midlands Rail.

The slogan “AI for good” has been adopted by Element AI giving a push to AI for social good in the UK. The Canadian start-up has expanded to the UK and is looking at working with charities and Non-Government Organizations (NGOs) and fulfilling its social responsibility. Similarly, Bayes Impact is innovating from the front and creating public services for averaging citizens by “creating a symbiotic relationship between the government and ordinary citizens so that citizen-led innovation is allowed to prosper.” Similarly, Social Tech Trust aims to alleviate poverty and has already invested £1 million in Fair by Design in 2017 for the same. The organization essentially aims to wed AI with social good by finding creative solutions to complex social problems.

The UK is therefore leading the world in smart innovation and driving economic growth in the country. It is difficult to pinpoint a particular sector of growth and development where the impact of AI can be ably assessed. In fact, it is possible that the UK will innovate and empower you and me in the times to come. As mentioned earlier, AI is spreading its wings in all possible directions creating opportunities for all in the UK. It is only in the coming years will we able to assess the real-time impact of AI on the institutional frameworks in the UK. Till then we should all sit back and let the AI story in the UK unfold itself. 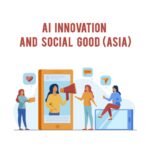 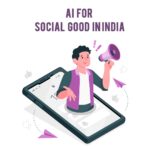 Has India arrived late to AI?