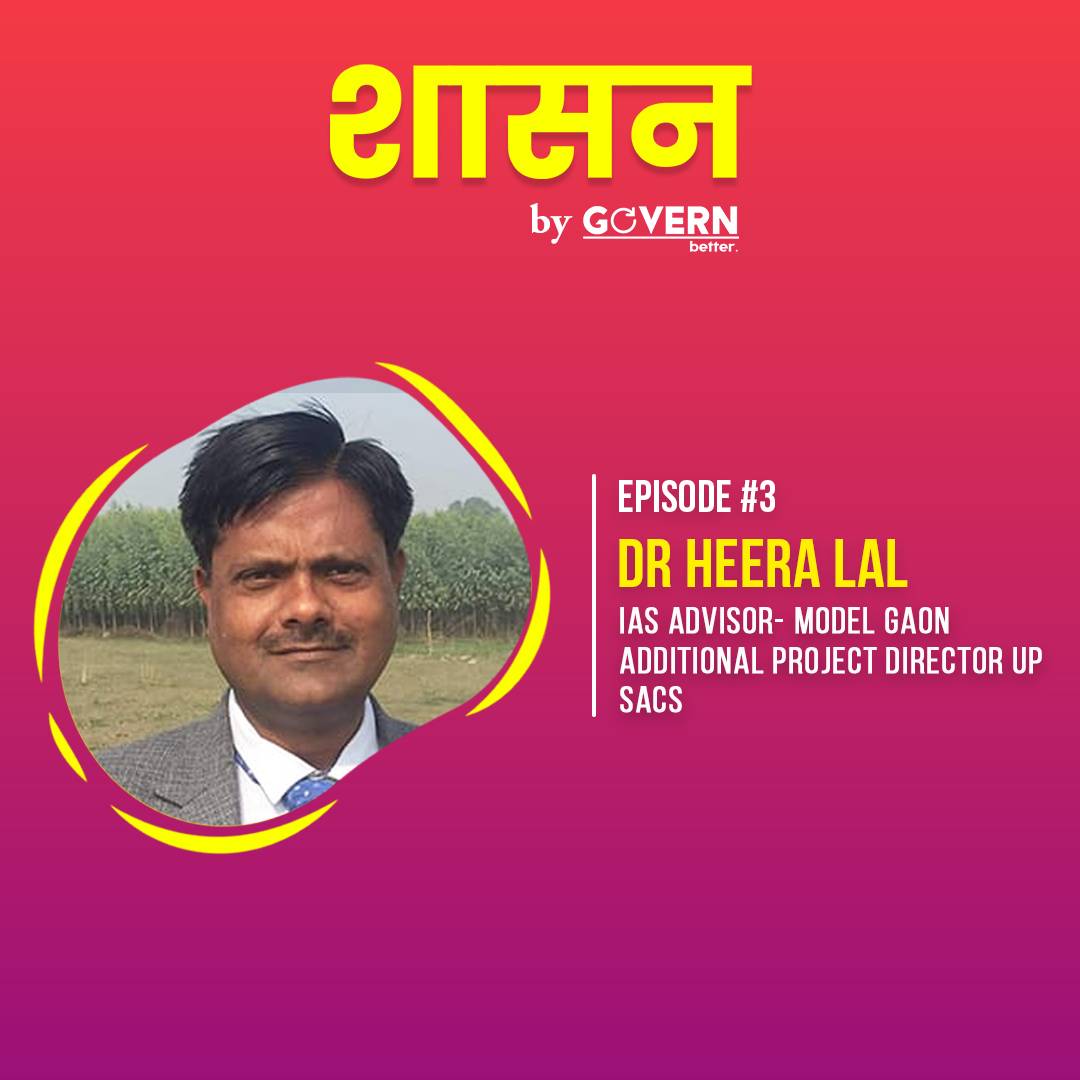 For our third episode we feature Dr. Heera Lal, Batch of 2010. He is currently serving as Additional Mission Director at National Health Mission, UP and Additional Project Director, UP State AIDS Control Society . He has more than 27 years of experience in public service and has served in various departments in different capacities. Most recently he was posted as District magistrate of Banda where he undertook an array of initiatives in the field of water, agriculture and social entrepreneurship. His water initiative got listed in the Limca book of records.

Q1. What is the Model Gaon initiative?

Providing urban amenities to rural areas is the theme of model Gaon. It can be better understood through Mahatma Gandhi’s Gram Swaraj and this whole scheme was introduced by Dr APJ Abdul Kalam who was our president. I was in Banda from 18 August to 20 February and in the 18-month time we had done more than 20 experiments, innovations and all had got very good results. Like through public participation 1 m 30 per centimeter water was increased, voting percentage in elections rose and crop productivity also increased. So, we joined all these action activities together and the net result came out to be the Model Gaon. Through technology, SBCC (Social and behavioural change communication),

We are applying it to the whole nation. We are guiding people on how to do certain things. There are three parts to this. Part one is the village manifesto. In this we talk about development and the issues of development and create hunger for growth among the people. Through this we are basically developing the village through environment building. Second part is the changemaker. Through this we impart practical knowledge to the people so they become empowered as knowledge is power itself. They replicate this knowledge in their own villages which eventually leads to economic development. Third part of Model Gaon is to convert agriculture into agriculture business. To do this the people of the village join to make FPO i.e Farmer production organization. Farming which is the loss deal should turn into profit and should generate employment so that economic growth is possible. This is Model gaon and it is divided into three parts.

Q2. How can Model Gaon assist to reduce poverty and Unemployment in the villages?

In villages, people are running after jobs and this is not a solution for unemployment. This is because the jobs are less and the number of people seeking them are more. So we need to generate self-employment in the village itself. When self-employment will be generated, it is natural that income would increase and poverty would decrease. So, we want to start a farmer producer company where people of the village join together to make a company. They will gain self-employment and would eventually be the head of their own company. Through model ground the mindset of the people will change and employment will be generated thus, reducing poverty.

Q3. Part one of your initiatives is the ‘village manifesto’? What is meant by it?

Q4. What inspired you to start with the initiative of Model Gaon?

​​I am a villager and spent my childhood in a village. I studied in a primary school in the village itself.  Along with studying I used to work in the farm, bathe in a pond so all of this is inbuilt in my body and soul from the beginning. So, this is my thinking process. Secondly, when we were in Banda, its total economy was agriculture based so the income was also agriculture based. Munish Gangwar ji, a retired CGM of Narbad, is a friend of mine. He has 34 years of experience and I used to seek his help, study under him and get information from him. He was the one to tell me that a model had been created in Banda. The district’s water had been increased by 1 m and 34 cm, productivity had increased. So we thought of how to implement it in the whole country and made a concept note. ICICI foundation country head Saurabh Singh was connected with me through social media. When he saw the concept note he joined us and gave us financial assistance. I am honorary and during my holidays like Saturday and Sunday I give time to this initiative. So this is it’s background.

Q5. How many villages have been developed as Model Gaon or are in the process of being developed?

As I have already mentioned before, we aim to change the mindset of people. People are running away from farming and leaving villages to move to cities because of the hardships they face in a village. Now this has caused problems in the cities also, as they’ve become over-populated. When COVID-19 hit the country people who had migrated to the cities had to travel back to their respective villages. This made them realise that even villages have potential, it can provide us with self-employment. So we motivate the villagers and connect them with technology. We approach the pradhans, self help groups, FPOs, and Janseva Kendra to guide them. We are achieving this through technology and as a result people have started liking this. Even the government wants development so they’re really appreciative that someone is assisting them in doing so. This is no magic, this is just about changing people’s perception. Let me tell you that there are around 24 states where people have made their village manifesto. I have this data because we are active online. Anybody can access it on modelgaon.org. They can associate with us, share ideas and connect with each other. We have placed our focus on some 10-15 villages and are working on them. It’ll take around 10 years to fully develop a village and convert it into a Model Gaon. COVID-19 slowed down the process but the biggest result is people are accepting, appreciating and associating themselves with Model Gaon. We have some 75 districts in UP, out of these we have a total of 4141 registrations. Total manifesto downloaded from our site is 6564. We might not have achieved our goal yet but if we evaluate the work and the result, our outcome in one year, it is amazing and it is appreciable.

Q6. What benefits can farmers gain through this initiative?  And if you could throw some light on FPCs and FPOs.

I must tell you that a farmer is always keen on gaining good knowledge. It is very similar to when we choose a school for our child’s admission, we always search for the best school. So the aware farmers are always looking for someone to guide them, so that they can work better. They aim to earn money, help other people and lead a happy life. So who’ll bridge this gap? Who’ll provide them this much needed guidance? Model Gaon will do that. Now to talk about Farmer producer companies, we have a list of 850 farmer producer companies in Uttar Pradesh. We talk to them, get to know their problems and then find solutions. This helps them develop, after this we group the FPOs which are doing better than others. Following this process we currently have around 60 FPOs. Similarly, we have also made a different group for women of National Livelihood Mission and Anganwadi. Everybody wants to learn, either it is a female or a male, a student or an unemployed person. We have taken it upon ourselves to guide them and find solutions to their problems, so that they can grow.

Q7. What is the role of technology in Model Gaon?

Here, we rely mostly on technology, as we haven’t been indulged in the field completely yet. All our formation is completely dependent on technology and if we face any issue we come to Lucknow to sort it out. We are also planning to hire a person who’d guide us on the spot. As it is the first year we are still working on the framing and ground laying. Pradhans of many villages are very excited to join us and make their village a Model Gaon and we are mentoring them. We wanted people who’ll volunteer in creating Model Gaon and they wanted someone to mentor them. We have around 2500 pradhans who have come forward to make their village a Model Gaon. so, we have filled this gap.

Q8. Who all assists you to keep this initiative running?

There is an office for this, where I am the honorary mentor. As I have already told you I give time to this initiative on my holidays, like Saturday and Sunday. Some people read, some people sing, everybody is fond of different things, for me it is the development of villages. This is my hobby. The retired CM of Nabard, the President of Model Gaon and I, all of us provide a free honorary service for this. The initiative also has a small office, consisting of CO Saurabh Lal and his 4 assistants. The initiative is fully backed by ICICI Foundation. So, we are implementing this with the help of technology from a very small setup. We are using the power of technology to implement, practise and impart knowledge about this idea. We are educating the people. 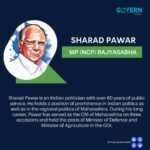 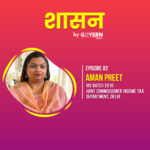 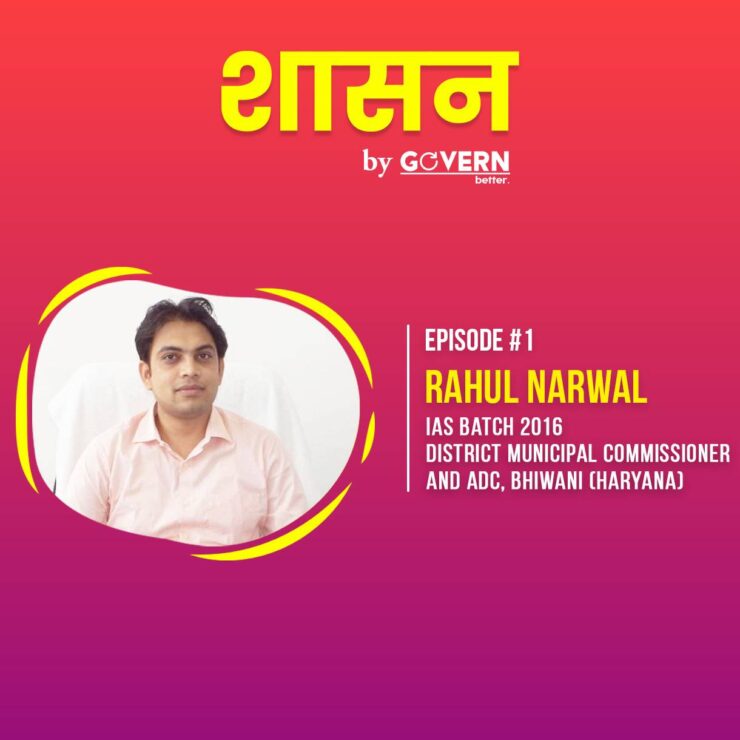 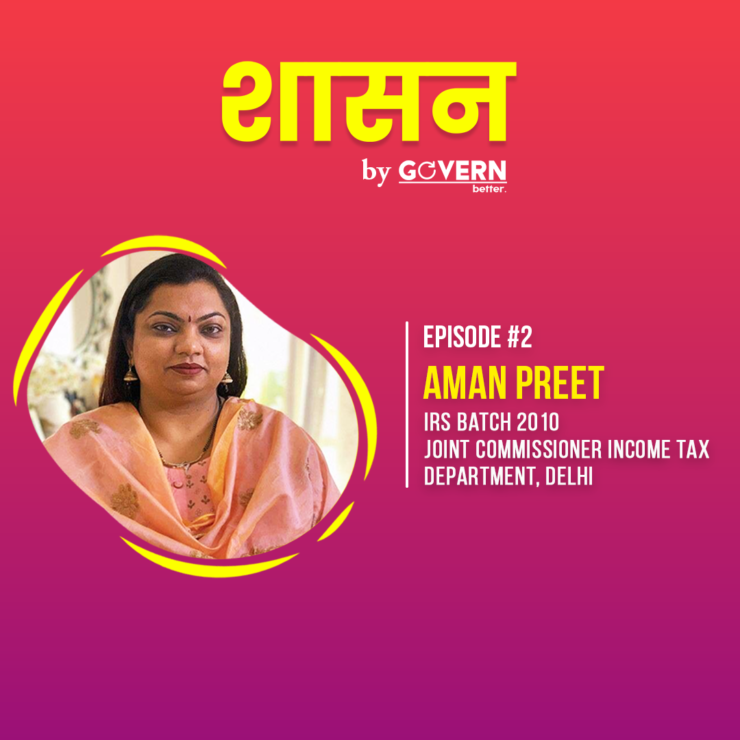 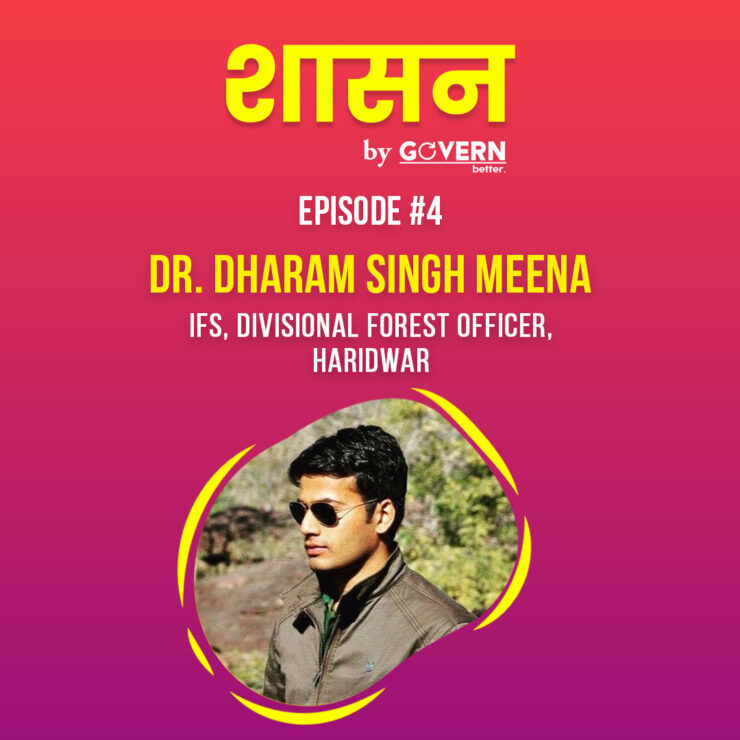