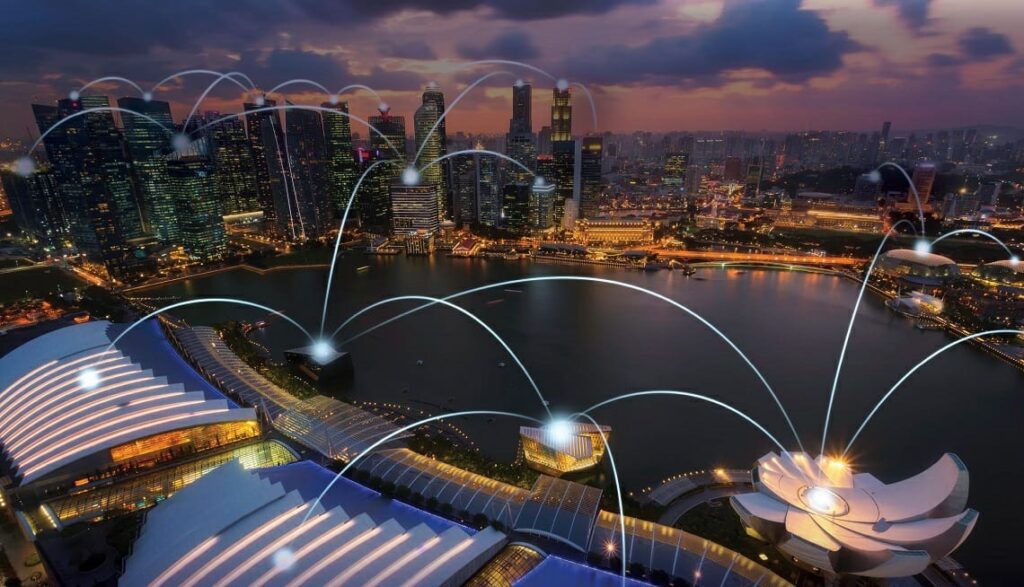 Singapore has the rare distinction of being a nation that transformed itself within one generation. Lee Kuan Yew inspired Singaporeans and changed the way Singaporeans, think, act and react. Despite being labelled ‘the little red dot’ Singapore has steadily risen over the decades and has emerged as a leading economy within the ASEAN region and the world. It has become a ‘model smart city of the world’.

Singapore has valiantly shown how a nation with limited natural resources and manpower can modernize itself. There are multiple endogenous and exogenous factors that enabled the grand metamorphosis of this tiny Island state. This article will throw light on how this tiny city state has emerged as a leading economy in the world.

Singapore emerged as an independent nation with limited resources after it separated from Malaysia in 1965. The nation won its independence against its will with its founder Lee Kuan Yew publicly expressing regret about Malaysia’s decision to leave Singapore out from its union. The new nation was viewed with skepticism due to limited resources and manpower at its disposal, but it quickly embarked on a programme that pushed the state towards reform. Though Lee Kuan Yew propagated a strict and partly authoritarian regime, his clean and efficient management of Singapore enabled the city state to become a first world country within a generation.

Singapore manifested its own destiny by implementing policies that allowed the city state to unite its diverse Chinese, Malay and Indian population and work together as one cohesive unit. Among several factors that contributed to the creation of a smart city included leadership,

Lee Kuan Yew believed in the philosophy that if you make a city “a nice place to live, then people will come and invest”. Since the Singaporean government had a small area to administer area under its control, the Singaporean government designated Lee Kuan Yew as the “chief gardener” and initiated projects that served to change the landscape of the state. According to Singapore’s Minister For Environment and Water, Fauzan Zulfikli, it was the cleaning of the Singapore River that paved the way for future change. The Singapore river was an open sewer that was transformed into a reservoir for the city by the 1980s. These farsighted changes initiated by the Singapore government were supported by the ordinary citizens who underwent hardship for the sake of their country in the 1960s-70s.

The United Nations notes that Singapore and its pioneer generation propagated, “urban planning to policy inducements to zoning to public awareness campaigns, the successive governments of Singapore have followed this central vision for their nation” to create the green the ‘biophilic City in a Garden,’ and the government calls upon every Singaporean to do their part to keep their city green and clean. Similarly, it was Cheong Koon Hean, who led from the front in changing the topography of Singapore. Her ingenious skills helped in transforming the waterfront residential and entertainment quarter Marina Bay—whose gardens are one of the city’s top draws—and the Jurong Lake District, slated to be a second business district and home to a new high-speed rail link to neighboring Malaysia according to the National Geographic. At the same time, the construction of the “ecological bridge” connecting two natural reserves and the “Vertical Green City” project have further cemented Singapore’s image as a “green nation”.

Similarly, Singapore invested heavily in infrastructure. According to Gwendoline Choon Lang Quek, milestones are closely related to Singapore’s progress from the early industrialisation of labour intensive economy (1960s–1970s) to capital intensive phase of economic restructuring (1980s) and newly industrialised economy (1990) and intensive phase (2000) of globalised and diversified economy. These technological innovations are authentic lessons that encompass the 21st century pedagogy and the skills of collaboration, problem solving, inquiry, thinking and ICT skills’.

After its emergence as a British trading post under Sir Stamford Raffles, Singapore did not allow its status as a legatee of the British empire to hinder its progress. Development in Singapore was government aided and infrastructure development was linked towards socio economic advancement with the “Ring Concept” centre around the creation of high density satellite towns linked to the Central Business District by expressways and a rail system”. This core initiative was followed closely by the clearing of slums and the creation of an extensive housing project.

Singapore has emerged as a thriving commercial hub which has strengthened its position within the comity of states.

Oong Sen Tan says that Lee Kuan Yew saw education as the key to developing the nation state. He saw education as a vehicle to bring the people together to build a “united people of tomorrow”. Since Singapore’s greatest asset were its people, Lee Kuan Yew focused on developing Singapore’s human resources. The teacher was at the ‘frontlines of the classrooms’. English was adopted as the language of communication to facilitate better connection with the global community. Hard sciences and mathematics were given equal importance.

The “talent myth” that some students are naturally smarter than the others, this myth is non existent in Singapore. The students are taught specific problem solving skills and the curriculum is focussed on teaching students specific skills. Through the “Teach Less, Learn More” which encourages teachers to focus on the projects. “Lee urged educators to “teach less to our students so that they will learn more” – in other words, to streamline the syllabus, reduce rote learning and adopt teaching methods that would better engage students and prepare them for the real world.” Keeping this in mind, Singapore has also got rid of the ranking system in their report cards to reduce the stress of growing competition and allow the children a level playing field.

Lee Kuan Yew’s vision and his resolve to change the face of Singapore has transformed Singapore into a “smart city” today.

Virtual Singapore or the National Research Foundation is a dynamic three-dimensional (3D) city model and collaborative data platform, including the 3D maps of Singapore. This platform was created in 2018 with the sole aim of holistic and creating a platform to develop analytical applications (i.e. Apps). The rich data environment of Singapore meant that “the research community with its tools, necessary access rights, can allow researchers to innovate and develop new technologies or capabilities. The 3D city model with semantic information provides ample opportunities for researchers to develop advanced 3D tools”.

Singapore is a leading hub of innovation with smart technology paving the way for new development with Financial Technology (FinTech) and automation. “Singapore has its very own micro-city to test autonomous vehicles and a new program for delivering baggage at the city’s award-winning international airport — two symbols of just how much it’s betting big on robotics”, notes Bloomberg. Similarly the Digital Industry Singapore is pushing for greater digitization within the industries and has the second largest cohort of robots after South Korea in the world with 488 robots per 10,000 employees, according to an International Federation of Robotics report quoted by the Singapore Business Review.

Therefore, Singapore offers political stability — one party has ruled since independence — world- class transportation and infrastructure, a strong financial system, low crime rates, and a location in the center of some of the world’s fastest-growing economies. It is a smart city with smart ideas which has enabled Singapore’s rise as a leading economy of the world. Singapore’s growth story is documented through its tryst with its environment, education and infrastructure. Singaporeans are spirited and hard working and are spearheading innovation in their nation as I write.